How long do I have to bring a Workers’ Compensation Claim?

In this podcast, Associate Melissa Arndell discusses the time limits in a workers’ compensation claim.

Q I have heard of people who have been unable to bring a claim for personal injury because they are “out of time”.  What does this mean?

A Dan, NSW legislation refers to certain periods of time, known as limitation periods, in which a claim for compensation are to be made. Workers’ Compensation claims should be made within 6 months of the date of injury, or 6 months of the date of death of a worker. Work Injury Damages claims – which are claims for damages for injury caused by the negligence of an employer – must be made within 3 years of the date of injury.  Three years is also the relevant limitation period for most other personal injury claims, for example, public liability claims arising from a fall in a supermarket or on a footpath.

Q What happens if you don’t bring a Workers’ Compensation claim within 6 months?

A As always, there are some exceptions to the rule.  Although at the outset – I do want to say it is much easier to lodge your claim within the limitation period, than being required to fight about it afterwards!  A claim can be brought after 6 months and prior to 3 years if the failure to lodge a claim was due to the injured worker’s ignorance, mistake, absence from the State of NSW or other reasonable cause.  You can see this is quote broad, but it is, in the first instance, the decision of the Insurer as to whether they will allow the late claim.  Claims can be made after 3 years in these same circumstances if the injury has resulted in permanent disablement or death.

Q But what if the injured worker doesn’t realise they have sustained a work injury until later, for example, they have been diagnosed with skin cancer, an asbestos-related illness or a psychological injury down the track?

A This can and does happen Dan, and the NSW legislation makes an allowance for this too.  It states that the date the worker becomes aware of their injury, is deemed to be the date that he or she received the injury.  So based on this, you would have 6 months to bring a claim following any of these diagnoses.  This is important, as you can’t bring a claim for an injury if you don’t know that you have one yet!

Q That’s good to know.  Are there also some exceptions that would allow a worker to bring a Work Injury Damages claim outside of the 3-year limitation period?

A There are.  Firstly, there are certain periods of time in which the legislation states that “time does not run”.  This means that in certain circumstances, the clock stops running and those periods of time do not count towards the 3-year limitation period.  These circumstances include the time for determination of certain claims, the time during which medical disputes are being decided by the Personal Injury Commission, and the date from which a worker’s Pre-Filing Statement is filed.

Q. Are there any other factors that the Courts take into consideration?

A.  Yes. Courts refer to previous cases to determine which factors they can consider when determining an application.  In the 1996 High Court case of Brisbane South Regional Health Authority v Taylor, the Judges examined the conduct of the applicant and the reasonableness of the explanation for the delay when making their decision.  In the 2018 Court of Appeal case of Gower v The State of New South Wales, it was stated that the following factors should be taken into account:

Q What advice do you give to injured workers who are unsure about the time periods for bringing a claim?

A Speak to a lawyer who specialises in personal injury compensation. At Bourke Legal, we can ensure your claim is commenced within the relevant limitations period, and, if you are already out of time, provide you with some advice about what options you have available to you. All is not lost! 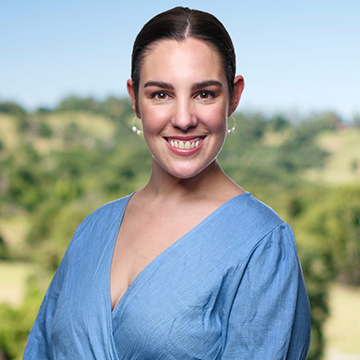